Iran, September 5, 2020—Members and supporters across the globe joined a massive online event on Saturday, September 5, to celebrate the 55th founding anniversary of the Iranian opposition People’s Mojahedin Organization of Iran (PMOI/MEK).

Iranian Resistance supporters from across the globe connected with PMOI/MEK members in Ashraf 3, their complex near Tirana, Albania, expressing their determination to continue their efforts against the genocidal mullahs’ regime ruling Iran. The event featured speeches by Zahra Merrikhi, Secretary General of the MEK, Mrs. Maryam Rajavi, the president-elect of the National Council of Resistance of Iran (NCRI), and representatives of more than 300 Iranian communities from across the world. 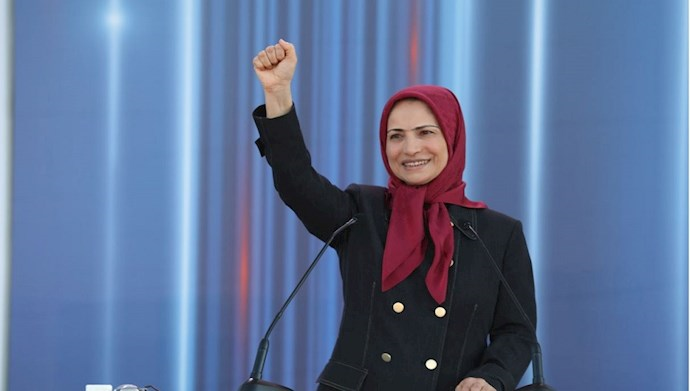 In a speech to the gathering of Iranian communities from across the world, Ms. Zahra Merrikhi, the Secretary General of the People’s Mojahedin Organization of Iran (PMOI/MEK), congratulated the 55th founding anniversary of the MEK.

“Despite the spread of the coronavirus, we are seeing each other virtually. But we cannot see another part of this gathering, namely our rebellious friends inside Iran, especially the enchained and imprisoned dissidents, and particularly, MEK members and sympathizers, as well as the brave Resistance Units who are resisting in the prisons regime Supreme Leader Ali Khamenei,” Ms. Merrikhi said in her speech.

“The reality is that since 1971, the MEK, under repeated onslaughts by the Shah and the mullahs’ regime, has been on the verge of being totally destroyed many times. But, it has risen from its ashes time and again. And such resilience and revival has been the exclusive achievement of Massoud Rajavi, the MEK’s historical leader,” the MEK Secretary General added.

“This is the most important reason for the vengeance directed against Iranian Resistance leader Massoud Rajavi by the ruling mullahs and their ideological and political accomplices. Because, in our era, Massoud Rajavi inspires resistance and perseverance for freedom. His name, his words, and his message represent an enduring call for the overthrow of the ruling theocracy, and the establishment of a republic based on people’s vote and sovereignty in place of the mullahs and the Shah.”

Ms. Merrikhi underscored that the secret to the MEK’s success was that each member of the organization has chosen consciously and voluntarily to forego everything to overthrow the regime and to help the Iranian people achieve all they so desire. 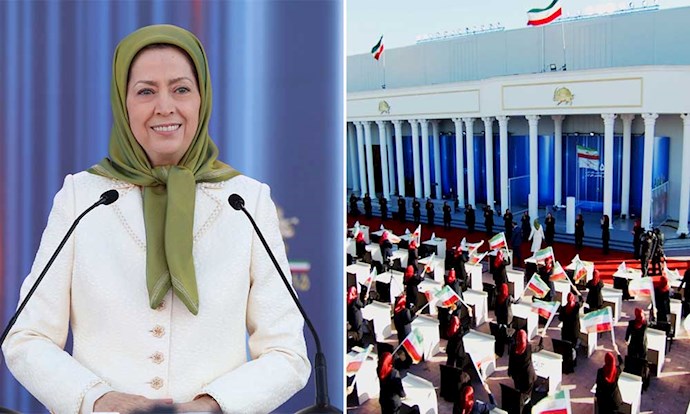 “By the same token, the mullahs will be overthrown by the Iranian people and the Iranian Resistance, the great army of freedom, even though they rely on their Islamic Revolutionary Guard Corps (IRGC), and despite their inhuman suppression and massacres while clinging to their dream of establishing an ‘Islamic caliphate,’” Madam Rajavi continued.

“What has stood fast, firm and proud, and will continue to do so, is the Iranian people’s Resistance for freedom, with the MEK at its epicenter.

“We honor the great founders of the MEK, Mohammad Hanifnejad, Saeed Mohsen, and Asghar Badizadegan who took the initiative for this historic breakthrough.

“How inspiring it is that Iranian Resistance leader Massoud Rajavi revived and revitalized this organization despite the crushing blows of two dictatorships, leading it to the pinnacle of its struggle against the reactionary mullahs.

“Even today, we see that the clerical regime is admitting it in a thousand different ways that its main problem is the structure of the PMOI/MEK. So, it must be obliterated and beheaded to guarantee the regime’s survival. This is the common goal pursued by all the regime’s mercenaries. 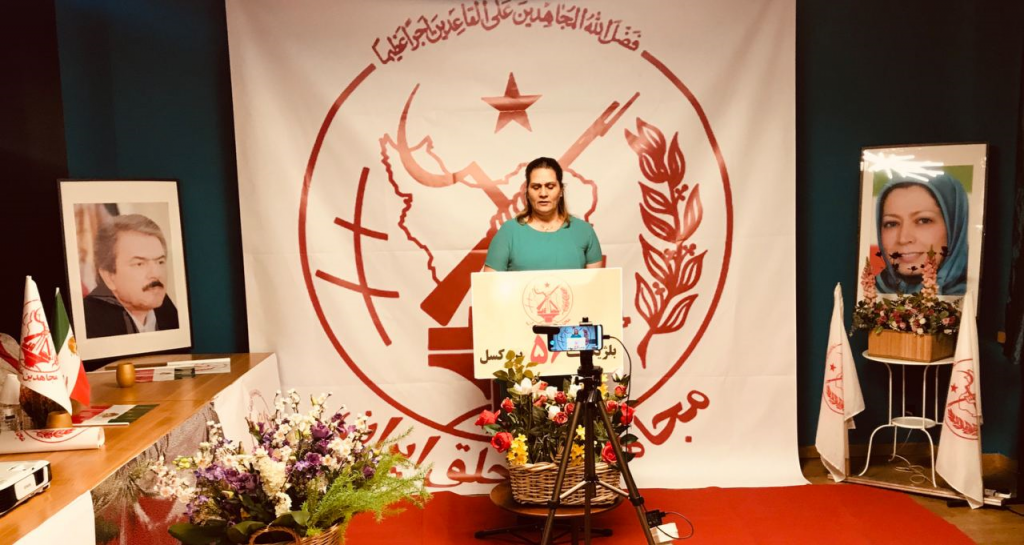 Afsaneh Najib, G.P, Head of the Association of Iranian Democratic Women in Belgium gave her speech in this celebration stating that MEK have set an example of remaining true to one’s principles and sacrificing everything for freedom. Iran’s freedom movement owes a lot to the MEK and its founders. This organization is the bulwark of freedom against the regime’s tyranny. The MEK has placed women at the forefront of the struggle for freedom. They represent equal rights for all Iranians regardless of their gender, ethnicity, and faith. This organization is the longest standing movement that strives for establishing a democratic state in Iran.

Soroush Abutalebi – Computer Management student, the responsible of Democratic Association of Iranian Students in Belgiumgave his speech as:  MEK makes the impossible possible, and they have proved this throughout their history. Had it not been for the MEK and the Resistance Units, the regime would have stabilized their hold on power. The MEK gives hope to everyone that freedom is possible in Iran, and that the future Iran will be an example for the entire world The youth are drawn to the honesty and sincerity of the MEK. This is why they choose the MEK.