During the afternoon, 12 September, the Iranian Community organized an urgent manifestation in front of the Iranian regime’s embassy in Brussels. Dozens of Iranians holding the pictures of Navid Afkari, and the statement from Madam Maryam Rajavi -the president-elect of the National Council of Resistance of Iran- chanted “death to Khamenei, Rouhani, and Reisi”, “Navid Afkari, we will continue your path”, “We will bring down the regime”.

This manifestation received a large attention in Belgian media. Firstly, Belga news agency published the news about the manifestation and afterwards more than 10 other Belgian media reported the event, including: LaLibre, RTBF, MSN, BX1, Nieuwsblad, etc. 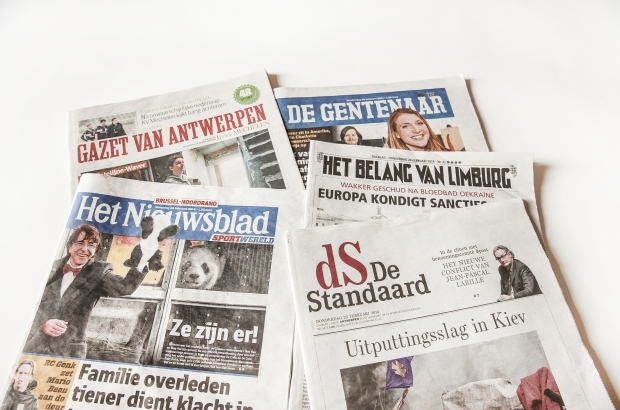 NieuwsBlad: BRUSSELS – On Saturday, ten members of the Iranian community held a protest against the execution of wrestler Navid Afkari at the Iranian embassy in Brussels. The sportsman was sentenced to death … during anti-government protests in 2018.

State media announced the execution, which was carried out in the southern province of Fars, on Saturday. Navid’s brothers have been sentenced to 54 and 27 years of prison for participating in the same demonstrations.

There was an international outcry against the death penalty for Navid. He is said to have made a confession under the pressure of torture, which he later retracted. Various international organizations such as Amnesty International but also the International Olympic Committee and FIFA had called on Iran not to execute the young wrestler.

“The Belgian government and the European Union must take effective measures against the Iranian regime,” the demonstrators in Brussels said. “The world’s silence and lack of action against the crimes committed by the regime in Iran are considered by the mullahs to be an endorsement and tantamount to complicity.”

Statements from the Iranian communities in Belgium