The three-day Free Iran 2021 World Summit, which is organized by the National Council of Resistance of Iran (NCRI), has started on July 10. The Summit, was the largest online international event ever for Iran’s liberation, connecting 50,000 locations in 105 countries across six continents, and had an audience of over one million people.

The conference, which is held annually and had to be held virtually for the second time this year due to the coronavirus pandemic, is dedicated to the cause of regime overthrow in Iran to establish a democratic society that protects the rights of all people. It was attended by former senior government officials, lawmakers, non-governmental organizations, top military officials, democracy activists, and Iranian ex-pats from across the globe.

It was held less than one month after the Iranian presidential elections that saw the installation of Ebrahim Raisi, infamous as the henchman of the 1988 massacre of 30,000 political prisoners, due to the actions of Supreme Leader Ali Khamenei. The election was widely boycotted across the country following a successful campaign by the Iranian Resistance group the People’s Mujahedin Organization of Iran (PMOI/MEK), who had proclaimed that the people must “vote for regime change”.

Dozens of prominent U.S. senators and members of the House of Representatives from both the Democratic and Republican parties and several former European ministers, including former foreign ministers of France, Italy, and Poland, former British and French defense ministers, and the leader of Europe’s largest People’s Party attended and contributed to the Summit.

The main speaker was NCRI president-elect Maryam Rajavi, who predicted that because of all the crises facing Iran right now, the people are on the verge of an uprising like those of 2017 and 2019, but this one could well see the overthrow of the regime.

In her speech at the Summit, Maryam Rajavi, the President-elect of the National Council of Resistance of Iran (NCRI), summed up the Iranian people and Resistance’s demands in three words: freedom, democracy and equality. She called on the international community to recognize the struggle of the Iranian people to overthrow the regime and their attempts to make these three ideas a reality in Iran.

The full text of the speeches in three days can be discovered as follows:

Day 1 – THE MULLAHS’ REGIME AT THE OVERTHROW IMPASSE, THE DEMOCRATIC ALTERNATIVE MARCHING TOWARDS VICTORY

Day 2 – THE STRATEGY OF THE BOMB, MISSILES AND THE EXECUTIONER IS DOOMED TO FAILURE

Day 3 – CALL FOR THE INTERNATIONAL PROSECUTION OF KHAMENEI, RAISI, AND EJEII FOR CRIMES AGAINST HUMANITY

Secretary of State Mike Pompeo and a parade of former officials and current lawmakers from countries around the world told a mass virtual gathering of Iranian exiles over the weekend that the regime in Tehran was weak, illegitimate, incompetent and not long for this world. Mr. Jansa was one of the few government officials currently in power to directly address the three-day gathering, but the summit heard from a broad bipartisan array of lawmakers on Capitol Hill, as well as such prominent figures as former Canadian Prime Minister Stephen Harper and former Italian Foreign Minister Franco Frattini. 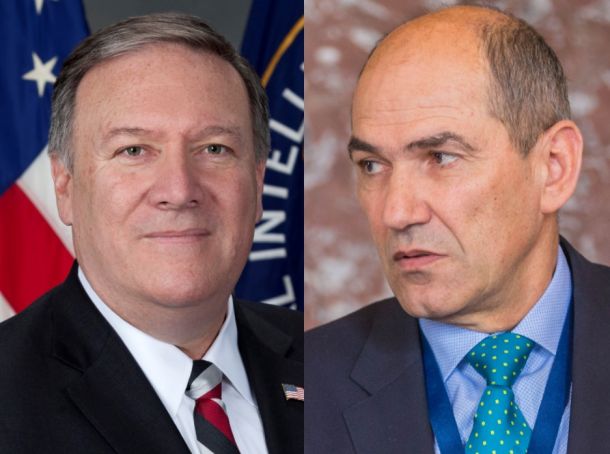 52 members of Parliament, Senators and Belgian mayors from most of the political parties (CD&V, N-va, Vooruit, Open vld, MR, PS, DéFi, cdH, Ecolo), ask the Belgian government, and the EU as well as the community international support for the Iranian people in their fight for freedom. While declaring that the 10-point plan of the President-elect of the NCRI, Ms. Maryam Rajavi, deserves the support of the international community. In view of the explosive situation in Iranian society, the fact that we are currently witnessing the nuclear negotiation, which is taking place simultaneously with the "world summit for a free Iran 2021", this support initiative is both timely and important.

Belgian Delegation to this event involves representatives from various political parties who sent their message of support to the conference in support of Maryam Rajavi’s 10-point plan for a free, democratic and secular Iran

Guy Verhofstadt – Open-VLD, Former Prime Minister, MEP: Iran will never become a democracy under the current regime. In the western press we talk a lot about hardliners and moderates, but I think as long as Khamenei holds the ultimate power, that is a hoax. These elections were a farce and on top of this we cannot be sure that the official results have not been tampered with. Today I want to also talk to you about the impact the election of Raisi will have for Iran’s relationship with the West. The nuclear deal will only be possible and can only survive if the new Iranian leadership will allow the International Atomic Energy Agency to do its job and I highly doubt that Raisi will be supportive of nuclear inspections. We should not expect Iran to open up to the West. Raisi in fact hates our democratic values and let us not forget that he is under U.S. sanctions over a past that includes the extrajudicial killings of thousands of political prisoners. We will probably see Iran intensify its attempts to control developments in neighboring states. Iran’s missile program and a more powerful Islamic Revolutionary Guards Corps will be dangerous for the security of the region.  Biden will have a hard time convincing the American public and Congress that the deal will be in the interest of the United States.

I believe we should strive to revive the deal but not at any cost. I think it would be a fatal mistake to only focus on the nuclear threat and regard human rights violations as a secondary issue. We must pursue a dual strategy in which we put human rights higher on the agenda while trying to establish a safer environment in the Middle East. The EU is still seen as an honest broker and must take its responsibility. So, I urge the High Commission for Foreign Policy, Mr. Borrell, to step up and develop a comprehensive plan to defend basic human rights in Iran and organize collective security in the Persian Gulf. And in this plan, we must put more emphasis on human rights than we have so far.

Mark Demesmaeker – N-VA, Senator: Raisi, the executioner of the 1988 massacre of political prisoners, is Khamenei’s last card for the regime’s survival. That Ebrahim Raisi has been installed as president instead of being prosecuted for crimes against humanity is a tragic demonstration of the international community’s failure to address the structural crisis in Iran. We support Mrs. Rajavi’s ten-point plan and call for a change in the European policy of appeasement vis-a-vis the regime in Tehran.

Els Van Hoof – CD&V, Chair of the Foreign Affairs Committee in the Parliament – MP: Iran is at the bottom of the global gender gap index of the World Economic Forum and has even dropped ten places in two years’ time. Only five percent of Iranian parliamentarians are women. Only three percent out of the 27 million women are employed. Iranian women’s income constitutes only 18 percent of that of men. Women are constantly being discriminated in their daily life. I think our government in Belgium as well as the EU should play a more active role in supporting the Iranian people’s struggle for their rights. All relations with Iran must be conditional on improvement of human rights and women’s rights.

Iranian Community in Belgium joined this online event in support of Maryam Rajavi’s 10-point plant to establish a Democratic Republic in Iran.